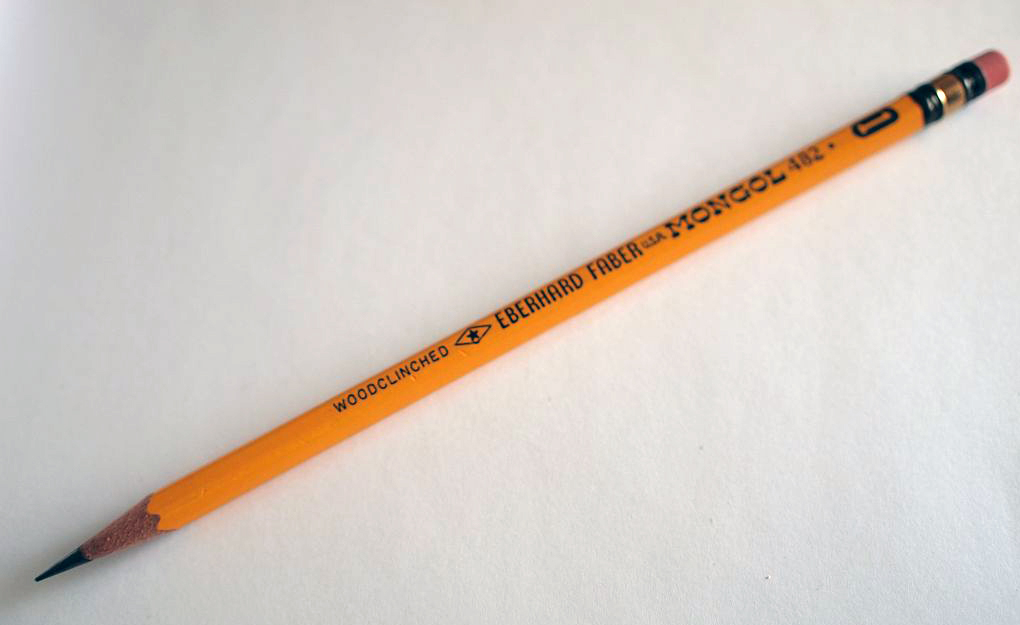 Way back in 1889, at the Paris World Fair, an Austrian company introduced their Koh-i-noor Hardtmuth woodcased pencils. Painted yellow in honor of the Austrian royalty, the Koh-i-noor became a wildly popular pencil, setting a standard for quality pencils.

In the years that followed, other pencil manufacturers tried to capture the Koh-i-noor’s lightning in their own bottle, copying both the iconic yellow color and the Eastern mystique lent the Koh-i-noor by its exotic name (the pencil was named after the Koh-i-noor diamond, discovered in India and at the time the world’s largest). Thus, the Mikado (now called the Mirado) and this pencil, the Mongol.

Like the Blackwing, the Mongol 482 is a little legendary — it was Steinbeck’s OTHER favorite pencil. When I saw a box of vintage Mongols on eBay for not very much, I figured I’d give ‘em a try — maybe they’ll inspire me to Grapes of Wrath-like brilliance? Or at least Tortilla Flats? 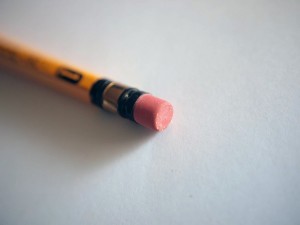 I’m not sure how old these are. They came in the old-style “slider” box with the amazing typography. The erasers are still kind of soft, but as you can see in the writing sample, they’ve lost their erasing mojo. But I’m not a collector; what matters to me is how they write, not what year they were made.

The good news is, they write beautifully. The ones I bought are #1 pencils, softer than the more typical (for writing, anyway) #2s. The line they put down is clean and dark, with minimal smearing. As usual, I don’t especially like using softer leads on Rhodia paper, but it sure looks good, and I greatly enjoy using the Mongols on toothier office paper or Field Notes.

And all other things aside, the Mongol just looks cool. A whole facet is filled with identifying info, again with cool typography and the neat star/diamond logo. And at the eraser end, the great black-and-brass ferrule lends an imperial touch. All-in-all, this is one of my favorite pencils, and is still available at a decent price. 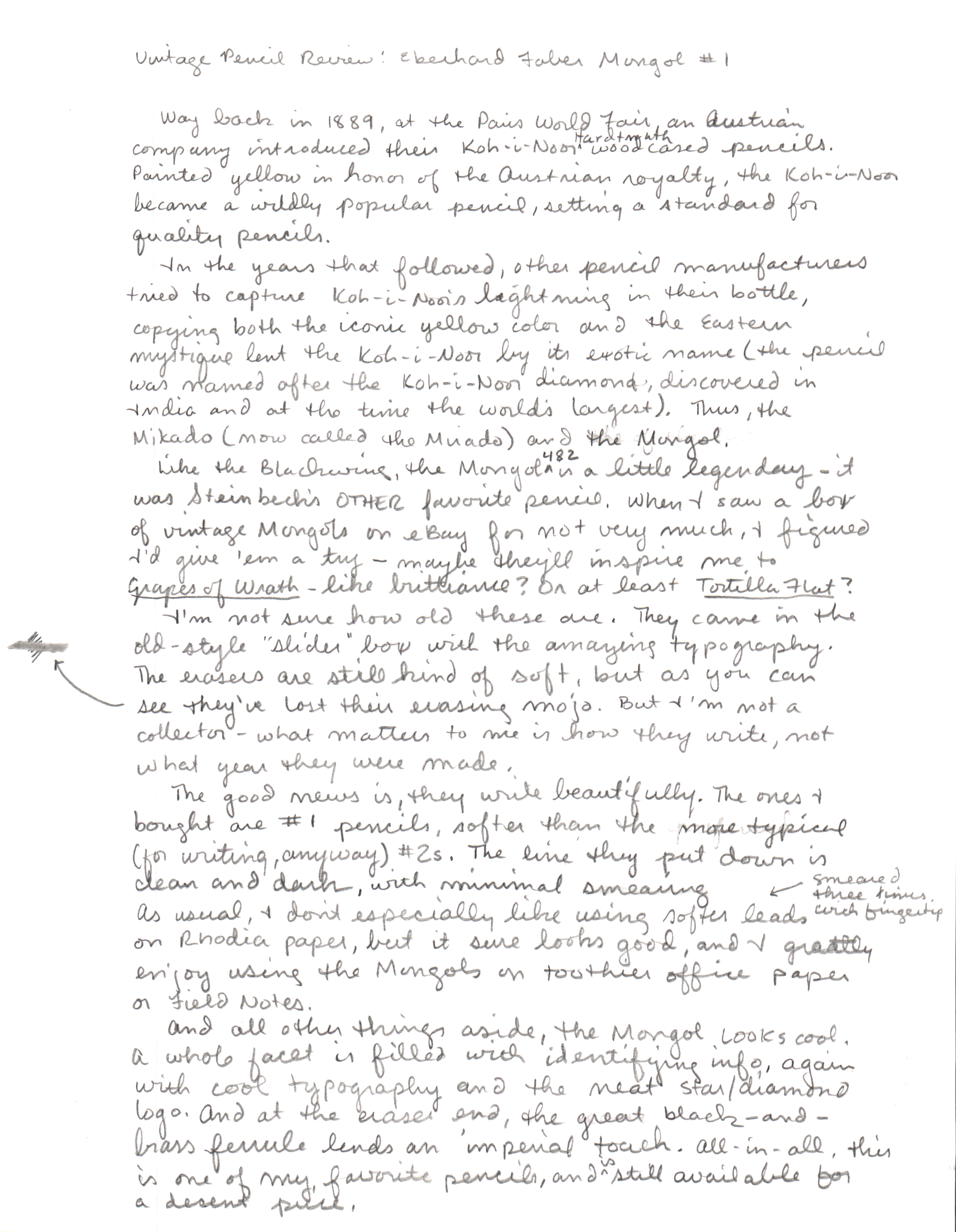