A few months ago now, Ron at Pen Chalet contacted me, asking if I’d like to review one of those Napking “inkless pens” that have been doing the rounds. Having owned a similar “inkless pen” in the past (which I’ll be reviewing here some time soon) and really hated it, I passed. There’s no point wasting my time and Pen Chalet’s money having me test a product that I’m pretty sure I’ll hate. Some people might like those pens, but they’re not for me.

Thinking that to be the end of it, I was surprised to hear back, asking if there was anything in particular I would like to review. After some back-and-forth, Ron offered to send me a Sailor 1911 with an extra-fine nib that had been returned as “too scratchy”. I was pretty sure it had been returned simply because the buyer had no experience with Japanese nibs, which run quite a bit thinner than non-Japanese nibs of the same size. Probably it was just too fine for the buyer, and no scratchy at all.

Well, a few days later, the pen arrived and you know what? It was scratchy. But we’ll come back to that in a few minutes. 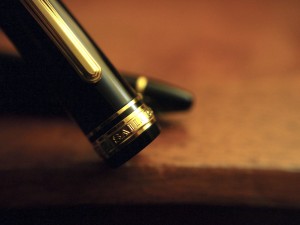 Sailor is one of the three big Japanese fountain pen makers, along with Pilot and Platinum. The story goes that back in 1911, the company’s soon-to-be-founder met a British sailor whose fountain pen impressed the young engineer, and voila! a company was born. The Sailor 1911 commemorates that encounter as the company’s flagship pen.

Style-wise, the 1911 is nothing out of the ordinary — a traditional cigar-shaped barrel with a screw-on cap. Mine is black with gold furniture — honestly, my least-favorite combination, but most would call it “classic”. I was struck by how light and plasticky the pen felt — at first, it felt cheap and insubstantial. Incidentally, Sailor’s expertise in manufacturing plastic pens led it to create many innovations in injection molding and robotics, and today, it is a global leader in both — businesses I suspect generate far more revenue than fountain pens!

Inside, the pen uses either cartridges or an included screw-type converter. Since mine had already been opened, there was a cartridge already loaded, but after scribbling a few lines, I threw it out — I rarely enjoy the stock black or blue cartridges manufacturers include with their pens. 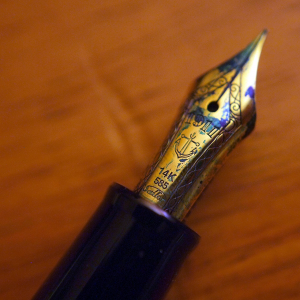 Let’s get back to that nib. Appearance-wise, it’s a really lovely piece of work. Well-sized for the 1911 barrel, with a ribbon of filigree around the brand markings, “1911” and the Sailor logo (an anchor). Towards the body, the nib is marked “14K” and “585”, with the company name in tiny script right up against the base. 14K is clearly the gold content; I have no idea what 585 is , though I presume it’s a stock number [NOTE: Derp, I figured it out later – 14k gold is 585/1000 pure gold]. On the left side, the nib is stamped “H-EF” — “EF” for extra-fine, and I assume “H” for “Hard”? It is hard, too — though you can squeeze some small amount of flex out of this nib, you have to press hard enough that I’d fear damaging the nib over time.

As I said, the nib was scratchy. Under a strong magnifying glass, everything looked ok — tines aligned, no visible blemishes — but it just felt “off” on paper. I thought it might be a little rough from the cutting of the nib slit, so I did some figure-8s on a piece of 12000-grit micromesh, and that helped some. But, I decided, the real issue is that the pen was running on the dry side, that not enough ink was pooling under the tip to let the pen glide smoothly along.

So I did two things. First, I swapped out the Noodler’s Black I typically use first in a new pen (especially ones with black bodies, like this one). Second, I did a trick I’d seen on YouTube to make the nib wetter. This involves resting the tip against something hard (the pen’s cap, in this case) and, with some pressure, running your thumbnail down the length of the ink slit, from breather hole to tip. I guess this opens the times ever-so-slightly, allowing more ink to flow.

Whether it was the new ink (Diamine Asa Blue, though I later switched to Sailor Jentle Blue-Black, the ink I’m using now with fine results) or the tine trick or the micromesh or all three, I don’t know, but the pen smoothed out considerably, and it’s now one of my favorite pens. The pen never skips, not have I had any hard starts, even after leaving it for 10 days while I was away, and even after an afternoon in my car in the Las Vegas heat. It just writes and writes, and the lightweight plastic body never feels too heavy or tiring. I keep it clipped to the edge of the outside pocket of my briefcase, and the strong clip doesn’t budge. The cap is threaded enough times that it never accidentally comes open, and as I mentioned, it doesn’t dry out.

In short, the pen has grown on me, becoming a pen I look for excuses to write with. I’d still prefer it in a different color and/or with chrome trim instead of gold, but that’s just my taste. I’d recommend it whole-heartedly to anyone who, like me, is looking to try out a premium pen with a gold nib.

This pen was provided to me at no cost by Pen Chalet for the purpose of producing a review. The opinion expressed here is my own and was not influenced by the retailer. 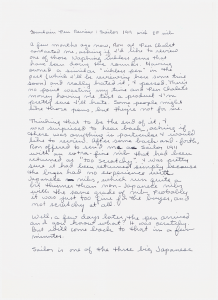 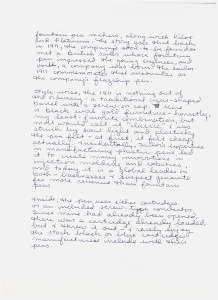 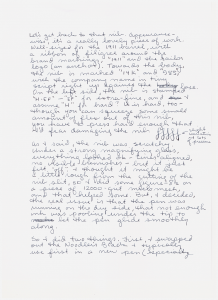 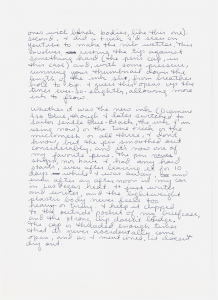 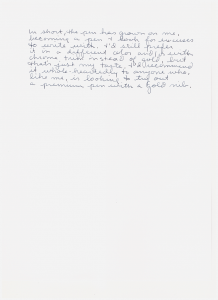