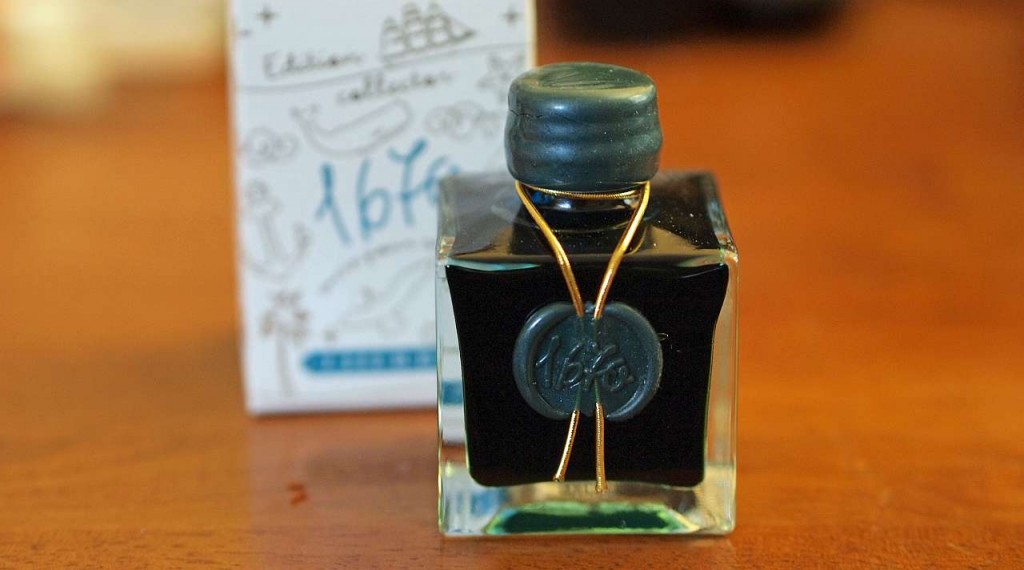 It’s hard to imagine an ink as hyped up and highly anticipated as this year’s entry into J. Herbin’s “1670” line: Emerald of Chivor. Launched in 2010 to celebrate the ink company’s 340th anniversary (340 years!), the 1670 line is known for the gold “sparkle” added to the inks. From 2010 to 2014 they released one every other year, but apparently the runaway success of last year’s Stormy Grey convince them to rethink that strategy. In the last year, J. Herbin re-formulated the gold flecks to better prevent blocking pens, added the flecks to the 2012 ink (which had originally been issued without), and launched a new color a year ahead of schedule. 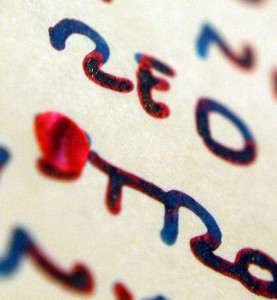 And what a color it is!  As the name suggests, Emerald of Chivor is a rich, luxurious green ink, somewhere around deep teal on the spectrum. The ink flows quite wet, making it a lovely ink to write with in the several pens I tried it with, as well as on various papers. On absorbent office papers, the ink soaks in, swallowing most of the gold sparkle, but on smoother, less absorbent papers, the ink takes on a whole new life, not just sparkling with the suspended gold pigment, but also displaying, in oblique light, a powerful red sheen that can even hide the original green. 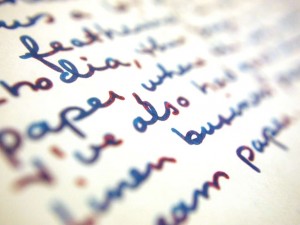 The handwritten review is slightly different from most of mine. In the interest of standardization, I generally use white Rhodia  paper and you cursive cursive. However, Emerald of Chivor  is not at its best on Rhodia paper, where the sheen is minimal and the ink shows a lot of bleedthrough (but no feathering). So the 1st page was on Rhodia, and the second and third pages were on Tomoe River paper, where the ink really shines. I’ve also had good luck with Southworth Linen business paper and Vergé de France cream paper.

I also switch pens, and between cursive and block letters, to show some of the ways the ink reacts to different kinds of writing. The first part of the review was written using a Pilot Custom 74 with a double-broad nib (which I will review soon). In general, a fat, juicy nib brings out the sparkle and red sheen very well, as both are strongest in places where the ink pools and dries slowly. 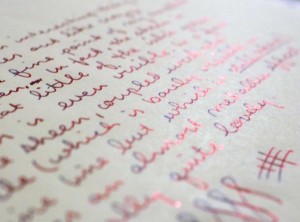 However, I noticed an interesting thing — the red sheen comes out like crazy using the quite fine point of my Noodler’s Nib Creaper. In fact, the sheen is so strong that little of the ink’s green base color is even visible. In a fine line, the sheen, coupled with the sparkle (which is barely visible in a fine line but which is still there) creates an almost metallic effect. It’s really quite lovely. 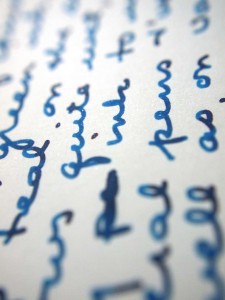 There are some drawbacks to this ink. In a medium pen, (such as the Pilot Metropolitan with M nib I switched to for the last part of the review), you get little sparkle and little sheen, though the color is still quite lovely. Sparkle or not, though, the color isn’t very business-friendly. As I mentioned, the ink is very wet and bleeds through most papers, though the Tomoe River paper has largely avoided bleed-through for all but the biggest, wettest blots. You also need to pay a little more attention when filling and using pens with Emerald of Chivor, as the gold flecks settle out quickly. The bottle needs to be shaken before inking your pen, and then the pen needs to be shaken (or, better, rolled between your hands) for a bit to distribute the gold before writing. This is not a practical ink, basically, but for special occasions, with the right paper and right nib, it’s really phenomenal. 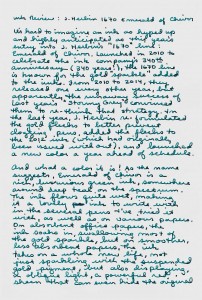 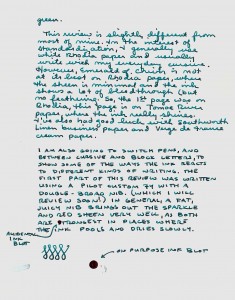 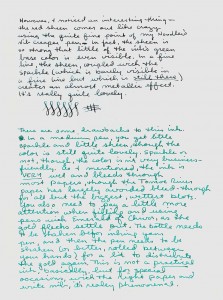 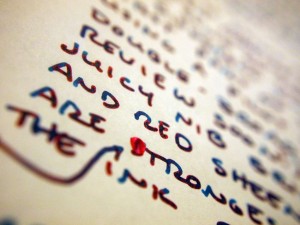 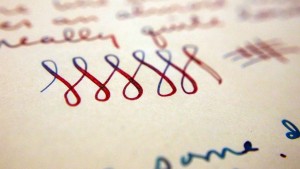 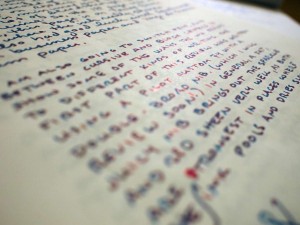 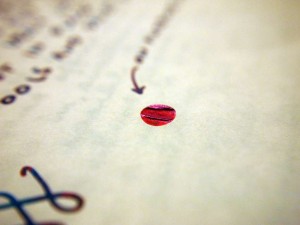