I have had several fountain pens in my lifetime — a cheap schoolkids’ pen I bought in France, a Yafa pen from Office Depot, a handful of disposable Varsity pens from big box stores, and so on. Basically, I’ve had a bunch of cheap, uninteresting pens that were fun to use for a little bit then lost, thrown away, or dropped into an “odds and ends” box during a move and forgotten.

Until the Pilot Metropolitan. This is the pen that made me understand why people would spend more than $10 on a pen, that made me LOVE fountain pens. It is, quite frankly, an amazing pen. For under $20.

Capped, the Metropolitan is a stubby torpedo of a pen, with a slight nod to its name in the form of a grooved, vaguely Art Deco “fin” at the tip of the clip. Available in matte silver, black, and gold, and with an accent band in the middle in either glossy solid colors matching the pen body, or a variety of animal prints (including zebra- and cougar-skin patterns — I know, kinda weird…) or dots, zig-zags, and other patterns, the Metropolitan has made a name for itself as a top-quality, good-looking, great-writing budget pen. I paid $15 for each of mine (I have two, one silver, one black). For $15, you get a nice presentation case and a pilot CON-20 bladder converter, allowing you to ink up from bottled ink. The pen also takes Pilot’s proprietary Namiki-brand ink cartridges.

The pen I’m writing with is silver. The body is metal and the pen has a good weight in the hand. I use most pens posted and this one posts solidly, the cap held quite firmly with friction alone. 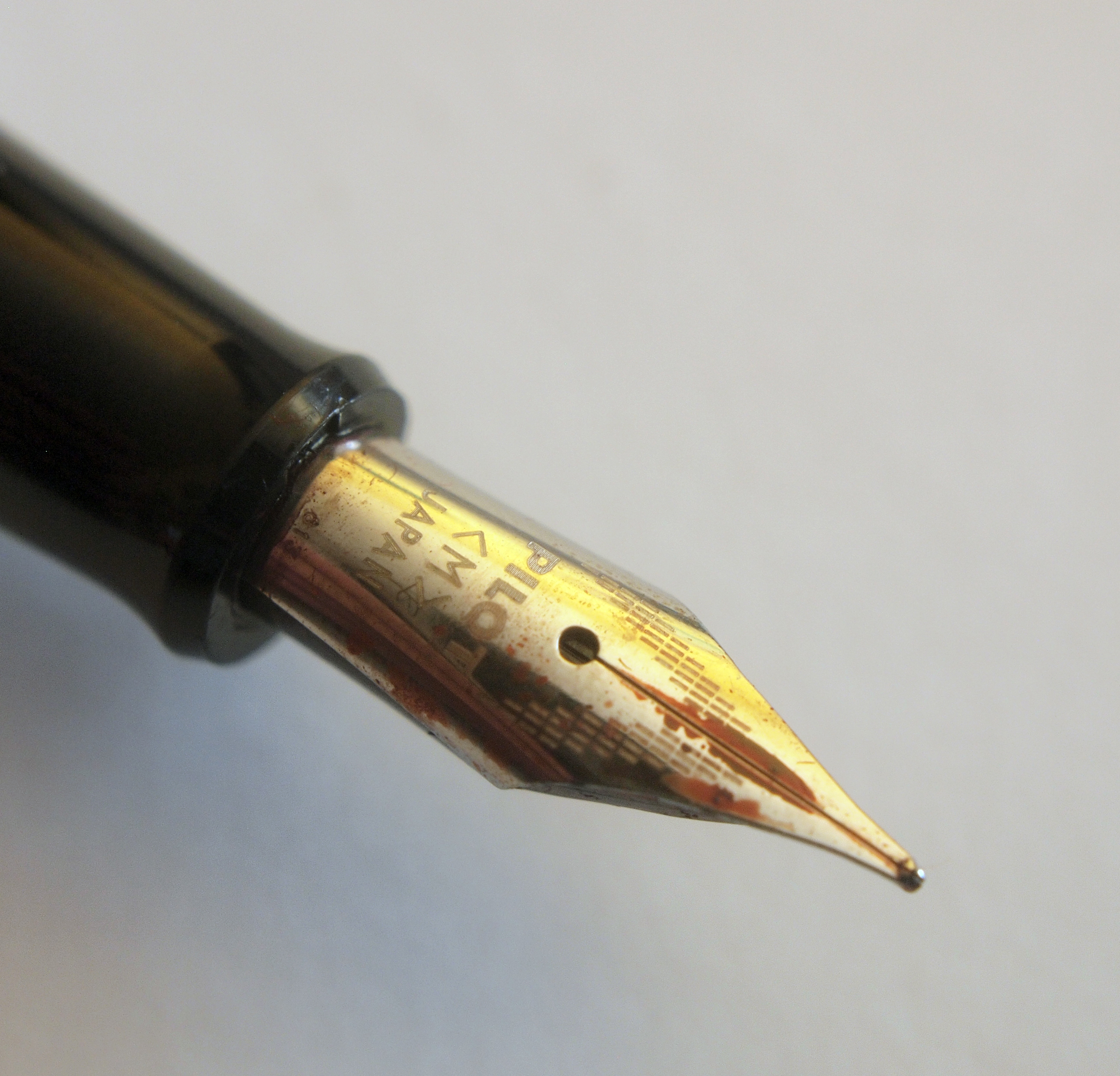 The business end of the pen, though, is where the real quality shows. The Metropolitan has a medium-width steel nib — that’s a Japanese medium, which the Pilot website suggests is about ½ grade finer than European mediums. Recently, Pilot started making them available with fine nibs, too, but I haven’t tried one. I ink my Metropolitans with Noodler’s inks, Massachusetts 54th in the silver one and Bulletproof Black in my black one, and both write just beautifully. The hand-written review is written on Rhodia paper, which is known for its smoothness, but even on store-brand pads, copy paper, Field Notes and Moleskines — anything I’ve written on, really — the pen puts down a nicely wet line with little or no resistance at all. it simply gliiiiiiiiides across the paper on a little cloud of ink.

The Metropolitan stoked my love of fountain pens — and set the bar WAY high! If this is what a sub-$20 pen can do, well, a $100 pen is going to have to be THAT MUCH BETTER. And honestly, from what I’ve read in reviews of other pens, it doesn’t seem like they are. If I were any other manufacturer, I’d be terrified of Pilot — what happens to your premium pen business when Pilot starts adding more pens of this quality to it’s sub-$100 lineup?! But that’s not my problem. All I have to do is write, and with the Pilot Metropolitan, that is a sheer joy.