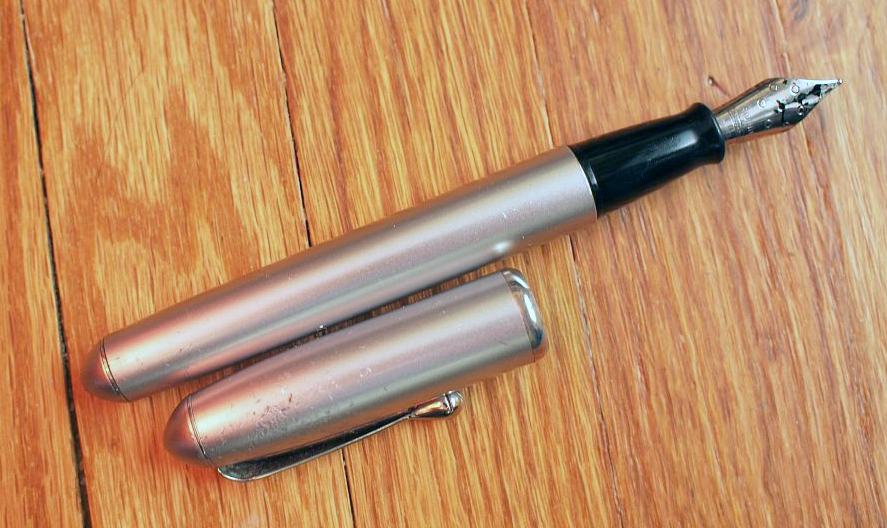 I was digging through some old things recently and came across a fountain pen I’d bought some 16 years or so ago while visiting my ex at her university in Dijon, France. I was fascinated with the line+elongated grid paper and the fountain pens French students used, and before I returned to the US,we visited a Carrefour and picked up this pen. 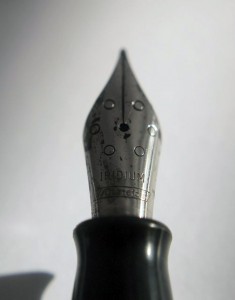 Carrefour is a French supermarket chain — they call it a “hypermarket”, because they sell way more than just groceries. I couldn’t say what I paid for this pen, though as a starving graduate student at the time, with a girlfriend living in France (while I lived in the US), I didn’t have a lot of extra cash, so I can’t imagine it was more than a few Euros (actually, it was probably Francs still at that time). The pen is the epitome of cheap — plastic body with silver paint, badly dinged up by being carried in my pocket for some time. The nib is nothing special — it works, that’s all. Maybe a little draggy. The nib is marked “IRIDIUM” and “Carrefour”, with no size designation, though it’s pretty clearly a medium. The pen is loaded up right now with a short international cartridge, but it looks like it would take a long international if I had one. I’m using Foray ink, Office Depot’s house brand (or maybe it’s Office Max, who can tell?) and it’s fine — again, nothing special, it just works.

The pen came in a matching silver case, with space for several more cartridges (it came with a bunch of different colors, but I never used them and they all dried out). You can see from the picture that I’ve been pretty hard on the case…

Honestly, there’s nothing wrong with this pen, but I’ll probably put it away when I use up the cartridge, or maybe give it to my 12-year old nephew — that’s more or less it’s target audience, after all, although in the US students don’t really use fountain pens. For me, the whole point of using a fountain pen is the way it feels in my hand and on the page, and this one feels neither particularly good nor particularly bad, it’s just a generic everyday writing experience. It works fine, but there’s no reason I’d reach for this over my Metropolitan or even one of my cheap Chinese pens like the Jinhao x750. 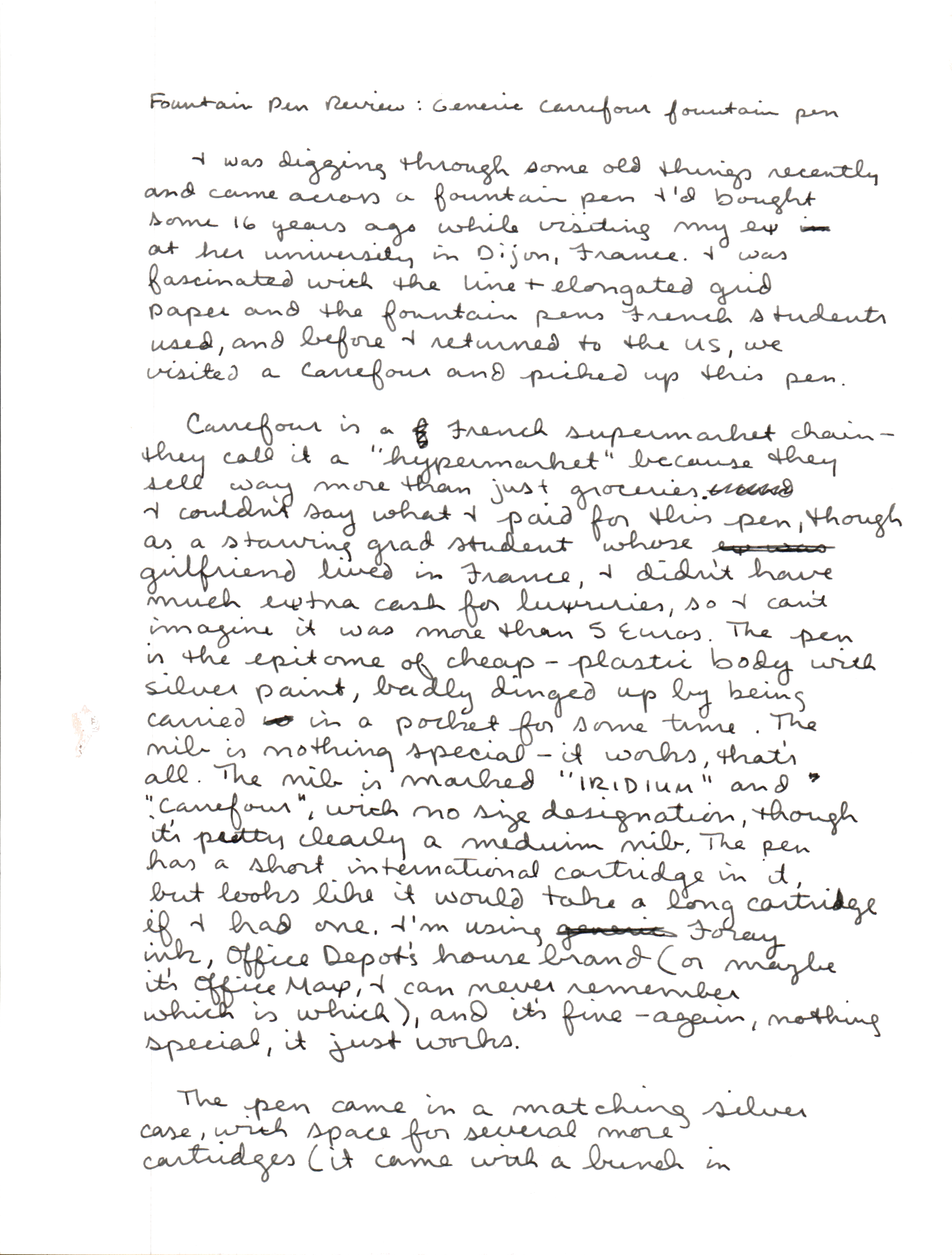