Moving to Linux: The New OpenOffice

So, you’ve gotten your text, which is surely the twenty-first century equivalent of “Common Sense”. Back in those days, you would have sent your manuscript to the typesetter for printing; nowadays, you have something just as good inside your Linux box (PDF export). But how to utilize it? A word processor, of course.

OpenOffice has been the de facto leader in Linux-based word processing (at least, according to the most recent Linux Journal Readers’ Choice Awards). It’s installed by default on most mainstream, modern Linux distributions. So, if you are a writer working on a Linux platform, you are likely to come across it. Let’s look at some improvements in the newly-released version 3.0, as well as some of the useful extensions that you can select to enhance it for your writing. Note that the newest version 3.0 is not installed on some distributions yet, notably the recent release of Ubuntu 8.10, the Intrepid Ibex. You can always install the latest OpenOffice using the binary installer on the web site, or, if available, packages for your distribution.

The concept behind the notes feature in OpenOffice is identical to the one in Microsoft Office. The main difference is: in OpenOffice (version 2.4.2 and below), the feature is all but unusable. Adding a note from the menu item (Insert -> Note) calls up a dialog box (as shown in the image below). 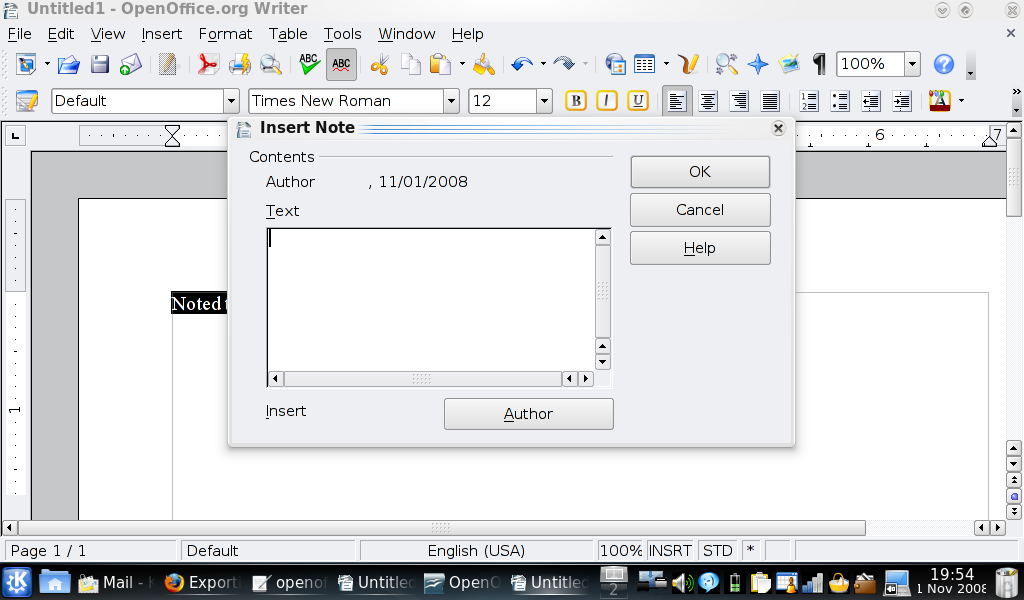 This dialog box is a nuisance to begin with, not least of the reasons being: 1) the text won’t wrap, so when you enter it it continues on one long line and scrolls to the right, and 2) there is no way to close it without using the mouse (the Enter key inserts a carriage return). Additionally, the note itself appears as a small yellow highlight that you must either mouse-over or double-click to view.

In general, I’m a fan of putting notes into what I’m writing (such as questions to answer or research to perform later), but I couldn’t stand using the feature, much less looking at it when it was finished. 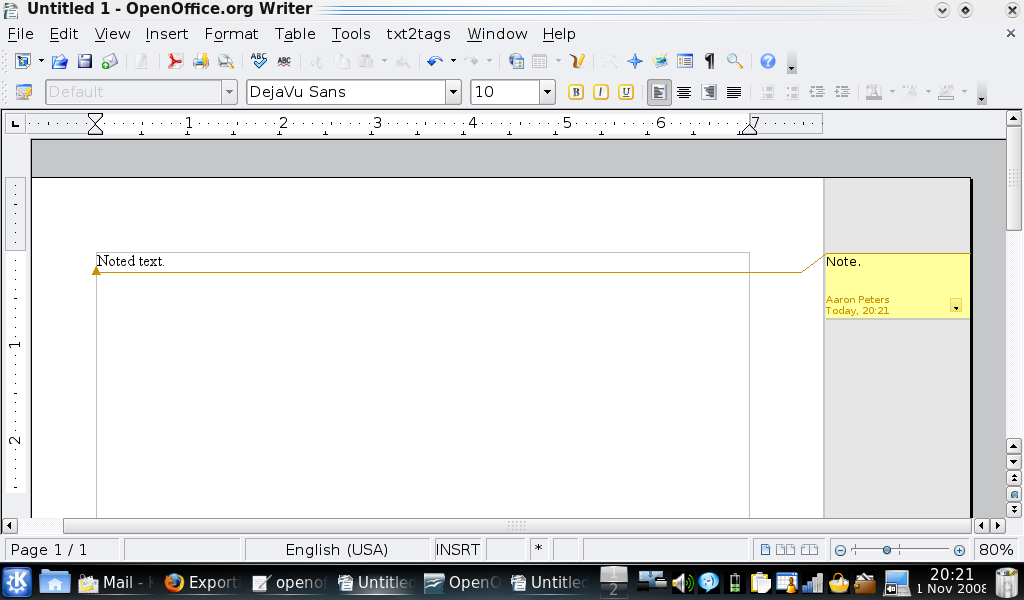 A feature that many will find useful is the enhanced PDF options available from the “File -> Export as PDF.” Some of the more useful ones for writers are:

Some other miscellaneous enhancements include the following:

In addition to built-in functionality, one of the great things about OpenOffice is that you can add “extensions” for additional features. There are a number of these specifically targeted at or useful for writers, as follows:

All in all, the new version 3.0 of OpenOffice closes a lot of the holes from the previous versions. It’s powerful, available on all platforms, and best of all, free. So download it and try it out–you literally have nothing to lose.