Moving to Linux: Working with the Netbook

During my last post, I listed some of the virtues of the netbook. But due to the (comparatively) underpowered and compact hardware, it is almost a certainty that the netbook won’t be your only computer. As I’ve developed a set-up for using the Wind alongside (or, literally, in front of) my desktop, I thought I’d share some of these tools and strategies.

Before we start, let’s figure out what each of these things does well, or at least better than the other.

So, based on this assessment, I came to the conclusion that I wanted some type of set-up that would allow me to access both the desktop and the Wind at the same time. Here’s the tools I use to do just that:

Based on the above, here’s how I generally use the two machines together. 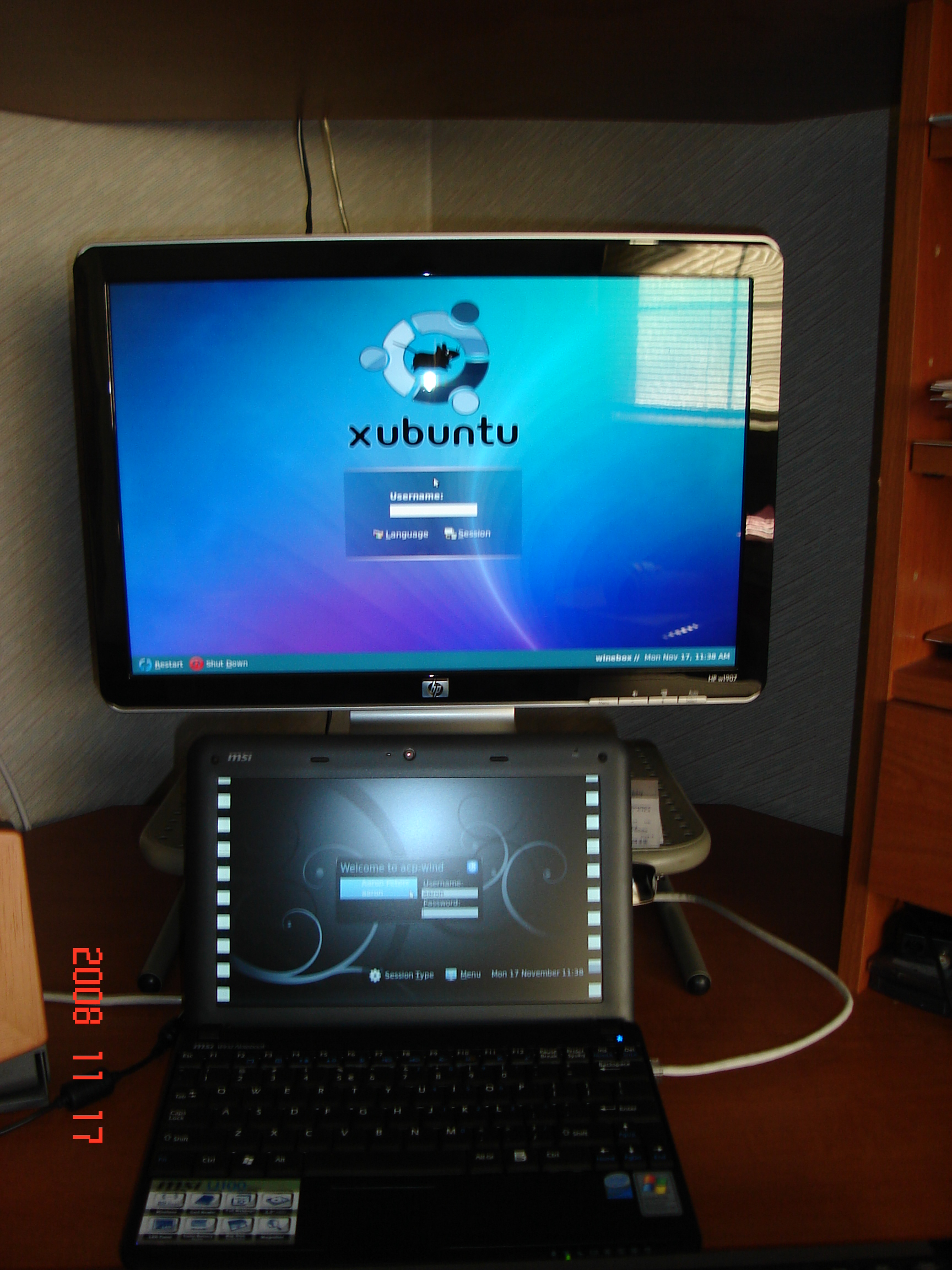 With these two machines connected via the tools above, I have a very functional set-up when sitting at the desk that allows me to unhook the Wind with a minimum of fuss. Drafting on the go and doing layout/coding when “docked” has become my preferred method for working. With the Linux toolset, it’s easy!